A return to its origins ​

To mark its 50th anniversary, the Flower Carpet 2022 is a nod to the very first creation in 1971. Because the floral legend began in 1970... in Oudenaarde. Brussels Alderwoman, Mrs Van Den Heuvel and Alderman Mr De Rons, were visiting the Flemish city and discovered a stunning carpet created from thousands of flowers. Thus the idea was born: Brussels would have its own Flower Carpet! ​

The following year, it sprang to life on the Grand-Place. The first edition was the result of a collaboration between Francs-Bourgeois (an association of retailers in the centre of Brussels) and the AVBS (Flanders' Federation of Green Industry), of which Étienne Stautemas was president at the time.

As a tribute to Stautemas, the 2022 Brussels Flower Carpet reproduces the very first design he created. All the elements present in the original design appear in the 2022 design, including Saint Michael the Archangel and the Belgian Lion.

The title of the 1971 carpet was: Arabesques. The arabesques in question were formed by the natural shapes of leaves and stems, arranged in a decorative manner. The arabesques were the trademark of Étienne Stautemas, who used them right up to his final carpet in 1998.

The design of the 2022 edition is the result of a collaboration between Roo Aguilar Aguado, a Mexican artist, and Koen Vondenbusch, a student of Étienne Stautemas and his successor Marc Schautteet, who has been working on the Brussels Flower Carpet for 28 years. Both spent more than 280 hours reconstructing the pattern of the 1971 carpet, based on Stautemas' hand-drawn plans.

Don't miss the great return of the Flower Carpet, from 12 to 15 August 2022! From the Brussels City Hall balcony you have a magnificent wide-angle view of this ephemeral masterpiece. 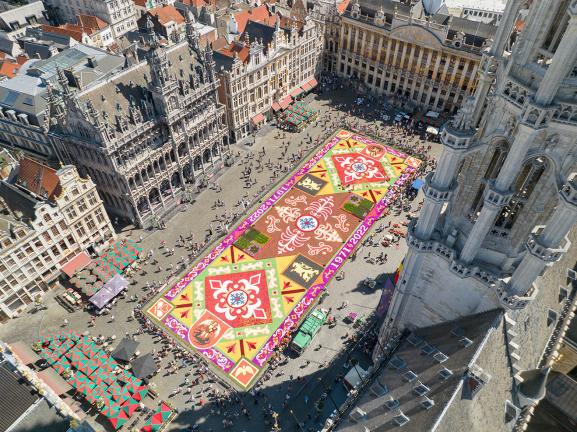 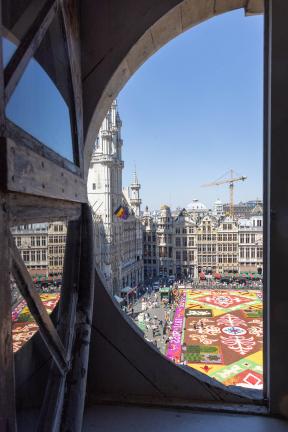 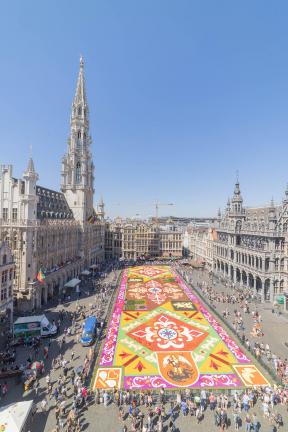 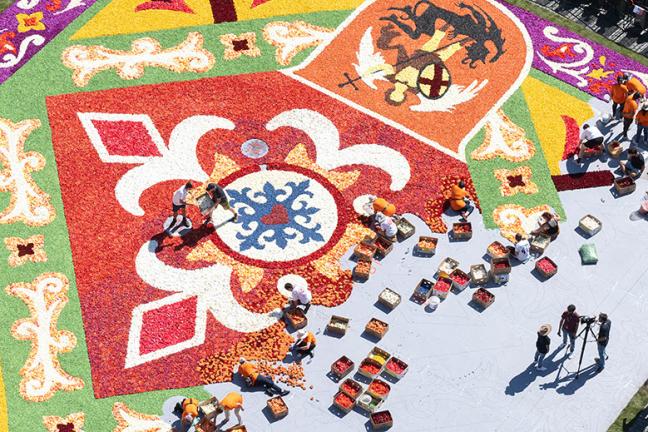 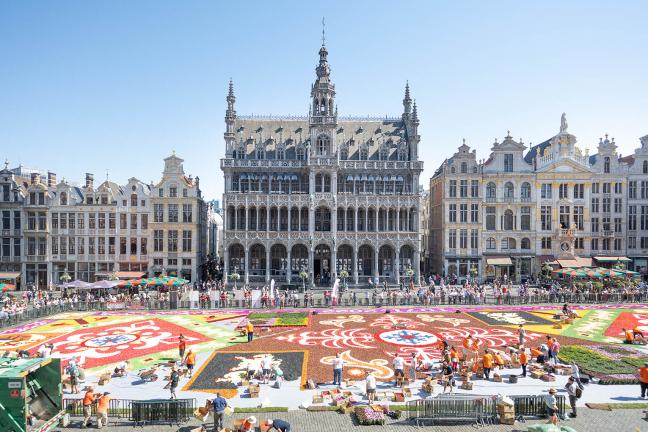 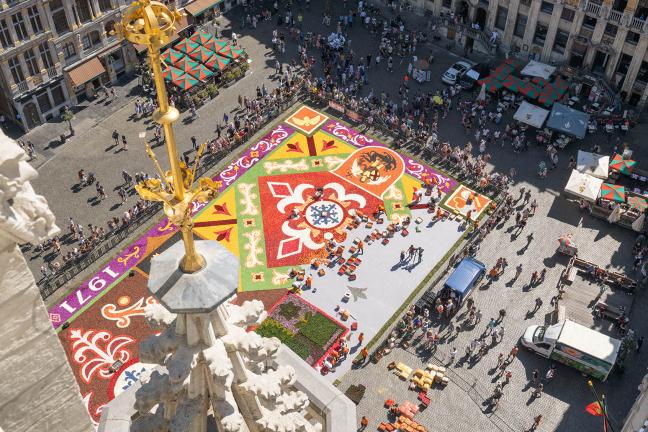 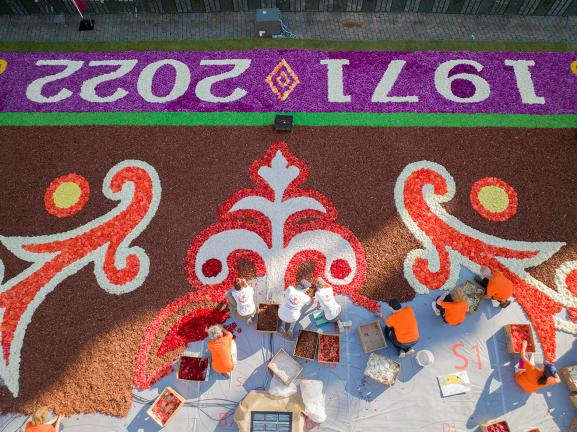 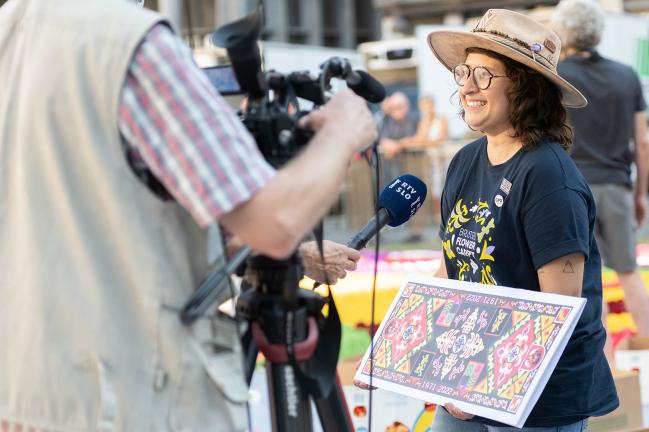 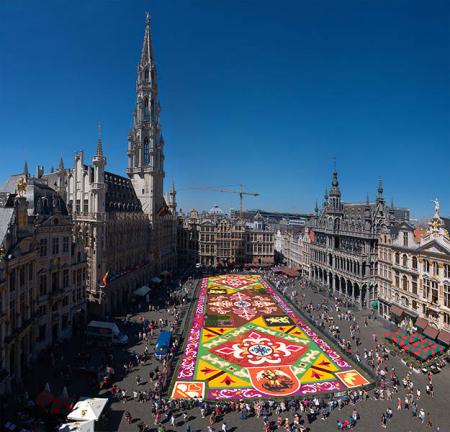 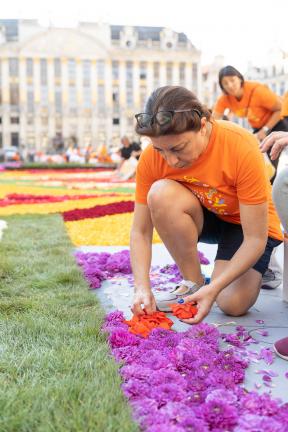 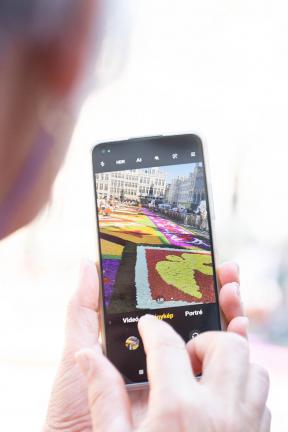 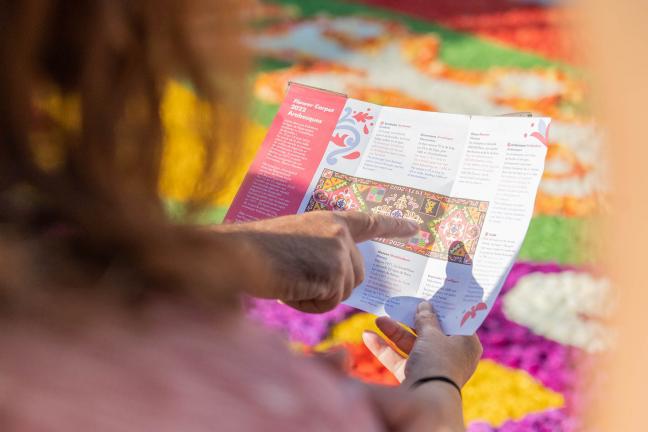 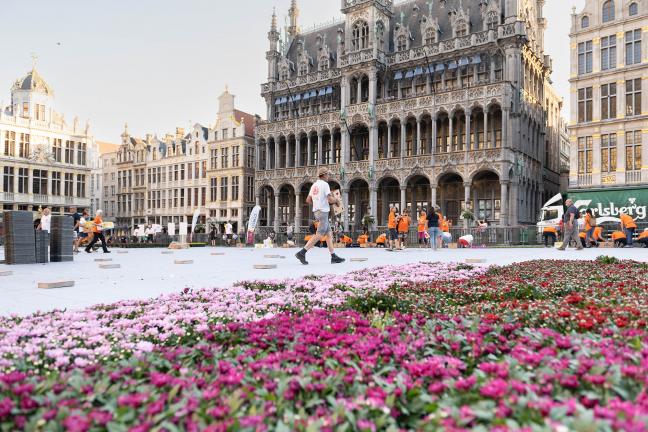 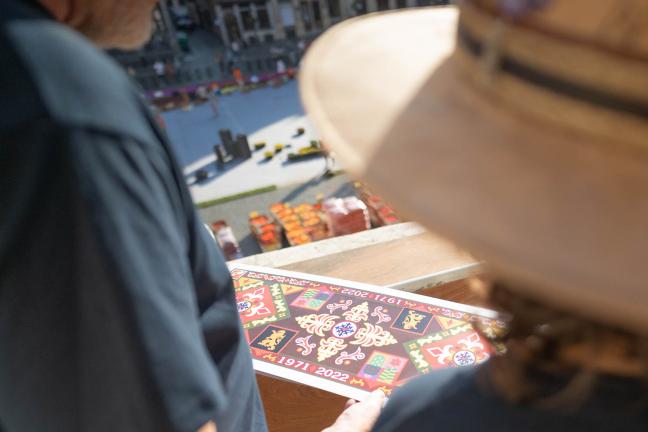 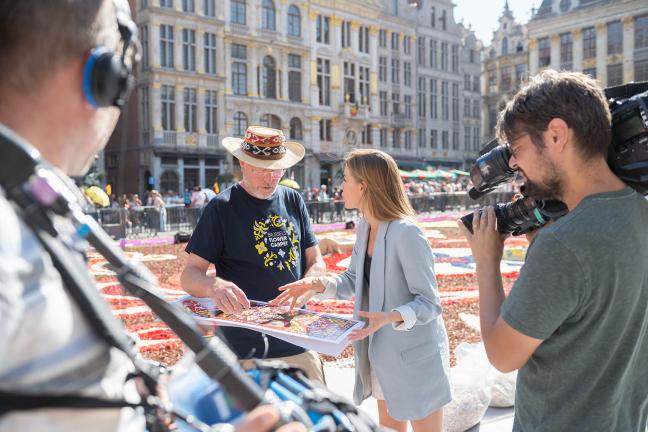 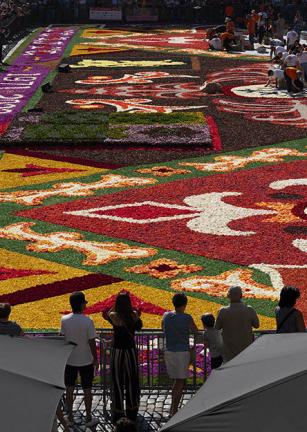